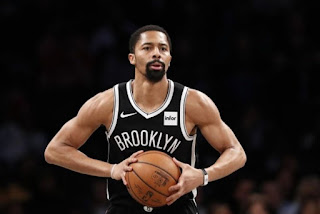 News about Dinwiddie’s switch to Nigeria was reported by Shams Charania, an NBA insider and analyst for The Athletic and Stadium. He broke the news in a tweet that has gone viral. Acquiring a passport to play for another country is common for players who play in domestic leagues overseas.

But it is more rare for NBA players. With the addition of Dinwiddie, the Nigerian national team has a pretty solid roster. Dinwiddie and Minnesota Timberwolves guard Josh Okogie in the backcourt, Magic forward Al-Farouq Aminu on the wing and former top-10 pick Ekpe Udoh down low is a nice foundation.