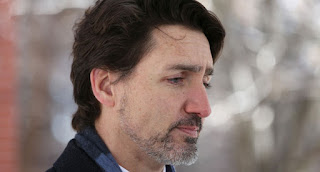 The Canadian government said Friday that one million KN95 masks imported from China did not meet its strict standards and so could not be distributed to frontline health workers amid the coronavirus pandemic.

The Public Health Agency of Canada “has identified approximately one million KN95 masks as non-compliant with specifications for healthcare settings,” a spokesman told AFP. “These items were not distributed to provinces and territories for frontline health care response, and are being subsequently assessed for use in non-healthcare settings,” he said.

Chinese model KN95 masks are similar to N95 masks, as well as the FFP2 model used in Europe. “Much of the world’s supply is manufactured in China and moving materials out of that country is highly complex,” said Public Services and Procurement Minister Anita Anand. The relationship between Ottawa and Beijing has been on the rocks ever since the arrest of Meng Wanzhou, an executive at Chinese telecoms giant Huawei, in December 2018 in Vancouver.

Millions of other respirators and N95 masks are currently being scrutinized by the agency, Anand said. Meanwhile domestic production of masks and other medical supplies “is ramping up,” with contracts signed with three more Canadian companies this week to produce 16 million “medical face shields.”

General Motors said in a statement it would start producing one million masks per month for the Canadian government at its Oshawa assembly plant, which had been shuttered in December 2019.

The head of its union, Jerry Dias, said he was “thrilled” that 50 employees “will be recalled” to make the masks. Some 2,000 auto workers lost their jobs when the plant was closed. In early April, Canada received deliveries of more than 10 million masks and announced total orders for more than 60 million more N95 masks.