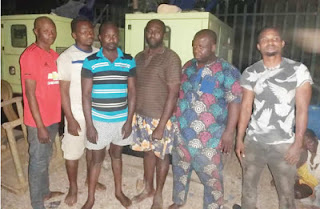 Six suspects dealing in cocaine and rohypnol in the Federal Capital Territory have been arrested by operatives of the Inspector-General of Police Intelligence Response Team.

Cocaine weighing about 15 grams and 300 sachets of rohypnol (popularly called refnol) were said to have been recovered from them.