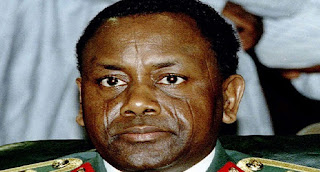 Barely a week after helping to repatriate $311m (N118bn) stolen by the late Head of State, Gen. Sani Abacha, the United States says there is a separate $319m (N121bn) Abacha loot in the United Kingdom and France.

The US Embassy in Nigeria said in a statement on Wednesday that there is $167m in stolen assets in France while there is a separate $152m in the UK which is being challenged in court.

Bloomberg had reported that the repatriation of the $152m (now $155m due to interest) to Nigeria is being challenged by the UK and the US because of alleged plans by the Nigerian government to give $110m out of the money to Kebbi State Governor, Atiku Bagudu, a known associate of the late Abacha.

Nigeria is seeking the approval of a UK court to take ownership of the assets before returning 70 percent of the proceeds to Bagudu under the terms of a 2018 deal, according to Bloomberg. Nigeria’s Attorney-General, Abubakar Malami (SAN), has, however, denied ever entering a deal with Bagudu but court papers say otherwise.

The UK government’s National Crime Agency is also “opposing the Federal Republic of Nigeria’s application,” according to a motion filed by Bagudu’s brother, Ibrahim, to the District Court for the District of Columbia in the US capital on March 30.