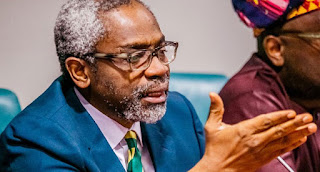 The controversial Control of Infectious Diseases Bill, 2020 being debated on the floor of the House of Representatives will be put to public hearing, the Speaker has said. Mr Femi Gbajabiamila, who seemed to have bowed to public pressure, stated this during Tuesday’s plenary at the lower chamber of the National Assembly in Abuja.
He said, “The Control of Infectious Diseases Bill will be put forward to a public hearing where stakeholder contributions will be sought to make improvements to the bill before it is reviewed and debated by the Committee of the whole.
“It is from the accumulation of these myriad views, suggestions and good faith critiques from within and outside the House that we will arrive at final legislation that meets the present and future needs of our country, and which we all can support in good conscience,” the speaker added. He, however, disagreed with those who condemned the timing of the bill, insisting that it was appropriate to enact such a bill at this time.
The speaker also denied claims that the leadership of the House had received $10 million to pass the bill.  He decried that the allegations were weighty, and the House would take legal action. “Suffice it to say that none of these allegations is true. Unfortunately, we now live in a time when conspiracy theories have gained such currency that genuine endeavours in the public interest can quickly become mischaracterised and misconstrued to raise the spectre of sinister intent and ominous possibility,” Gbajabiamila said. He added, “In the recent uproar, certain fundamental truths have been lost and are worth remembering.
“Our current framework for the prevention and management of infectious diseases is obsolete and no longer fit for purpose. “The current law severely constrains the ability of the Federal Government of Nigeria and the Nigeria Centre for Disease Control (NCDC) to take proactive action to prevent the entry into Nigeria of infectious diseases and the management of public health emergencies when they occur.”
CHANNELS
LOCAL NEWS