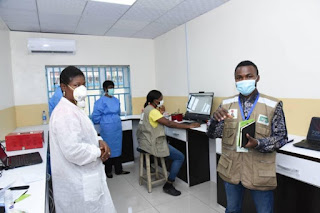 The University of Port Harcourt Teaching Hospital and Rivers State University Teaching hospital have announced the commencement of coronavirus tests in their facilities with a combined total of five PCR machines.

Three testing machines were donated to RSUTH by two oil multinational companies, Shell and Total E &P. One of the machines in UPTh was also donated by shell while the hospital’s second was an upgrade of an existing one supported by officials of the Nigerian Center for Disease Control, NCDC.

The Chief Medical Director of UPTH, Professor Henry Ugboma and his counterpart in RSUTH Dr. Friday Aaron in separate statements said this would go a long way in supporting Rivers State’s fight against corona virus.