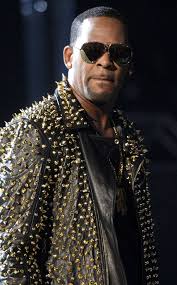 Singer R Kelly is being criminally investigated following a documentary which detailed accounts of his alleged physical and emotional abuse of women. The Fulton County District Attorney's Office has opened a probe following the airing of the six-hour three-part special "Surviving R. Kelly” in the States.

The series has described the singer of running an “abusive cult" in which he is accused of holding women against their will. Investigators have contacted several of those involved in the programme including Kelly’s ex-alleged s-x slave Asante McGee and are currently trying to locate others who lived in his Atlanta home.

According to US media, the DA's office has been "flooded" with calls following the documentary. The investigation comes six years after alleged s-x tapes of the star with underage girls emerged. Since then journalist Jim DeRogatis said he had interviewed nearly two dozen women who claimed Kelly, 52, s-xually abused them.