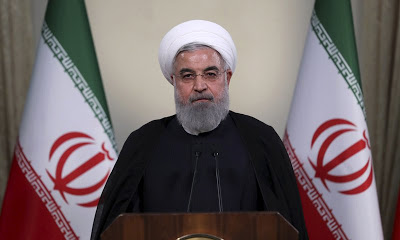 Iranian authorities confirmed on Wednesday two cases of the new coronavirus, the first in the country, the semi-official ISNA news agency reported, saying also that there was an unspecified number of other suspected cases and that those individuals have been quarantined.

The report did not elaborate on the nationality of the two people infected by the virus or the state of their health. ISNA quoted an official in the country’s health ministry, Kiyanoush Jahanpour, as saying that “in the past two days, some suspected cases of the new coronavirus were found” in the central city of Qom.

Jahanpour did not say how many people were suspected of having the virus, which causes the illness recently named COVID-19. He said the two confirmed cases were detected in the central province of Qom.

“Subsequent tests are in progress and the results of these tests will be released to the public, once they are finalized,” he said. “Medical teams have been deployed in Qom and the suspected persons have been quarantined.”

Email ThisBlogThis!Share to TwitterShare to FacebookShare to Pinterest
Labels: for