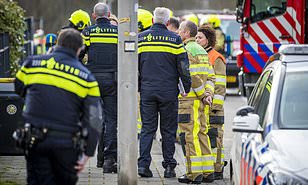 Two explosions have hit postal offices in the Netherlands after suspected letter bombs were delivered. Blasts went off in two separate mail depots, one in Amsterdam city centre and another in the city of Kerkrade, 120 miles to the south.

The first explosion occurred around 8am in a business park in west Amsterdam, according to reports. The second in Kerkrade took place a short time later. No injuries have been reported at either site. Investigations are in their early stages, and police have not officially linked the two incidents together.

But they come just a month after a previous letter bomb attack on companies in Amsterdam, Rotterdam, Utrecht and Maastricht last month. None of those devices exploded and police have not yet arrested anyone in connection with the incidents.