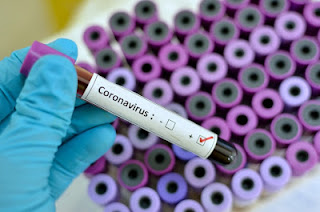 Three doctors have tested positive for the virus – two in Akwa Ibom and one in Edo State – three others are in quarantine, President of National Association of Resident Doctors (NARD) Dr. Sukomba Aliyu said.

The National Association of Resident Doctors (NARD) blamed this on lack of necessary equipment and threatened to call the doctors out from duty should the situation persist. The Nigerian Medical Association also kicked, saying it would not condone the continuous exposure of doctors to unnecessary hazard. A Nigerian doctor Alfa Sa’adu died last week in the United Kingdom of coronavirus. The 68-year-old worked with Prince Alexandra Hospital NHS Trust.

Another Nigerian Bassey Offiong – a student with Western Michigan University in the U.S.A died of the virus a few weeks to his graduation.

The Association of Residents Doctors (ARD) University of Benin Teaching Hospital (UBTH) chapter,  said 25 medical doctors, who had contact with the patients, had gone on mandatory self-isolation. The association said 13 of them are house officers, while 12 are resident doctors. The ARD expressed displeasure with the hospital’s management over what it described as poor handling of coronavirus in the hospital.

According to the association, many of the health workers complained of a lack of personal protective equipment, such as face masks and hand sanitisers. The Lagos State University Teaching Hospital (LASUTH), Ikeja, said it placed three of its health workers on isolation after their contact with a patient who died of COVID-19.