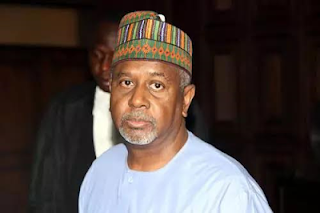 Due to his continued detention despite meeting his bail conditions, former National Security Adviser (NSA), Sambo Dasuki, has filed a suit against the Federal Government before the ECOWAS Court in Abuja and is demanding payment of N500 million  for alleged human right infringement.

In the suit filed by his lawyer, Robert Emukpoeruo, he asked the court to declare his continued detention as “unlawful, arbitrary and an egregious violation” of his human right. Dasuki in the suit also asked the court to declare that the alleged invasion of his Abuja and Sokoto residences on July 16 and 17, 2015 and the “forceful and unlawful seizure” of his properties, “without any lawful order or warrant” constituted a gross violation of his fundamental rights and offended the country’s treaty obligations as a signatory to the listed legal instruments.
LOCAL NEWS