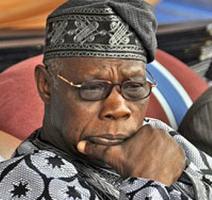 The apex Fulani socio-cultural organisation in Nigeria, Miyetti Allah Kautal Hore, has criticised Nobel laureate, Prof. Wole Soyinka, for blaming herdsmen for the insecurity in the country, while calling for the arrest of former President Olusegun Obasanjo.

Similarly, Soyinka called for a national conference to address the killings in the country by suspected herdsmen. But the National Secretary of the Miyetti Allah, Alhassan Saleh, in an interview with our correspondent, said the Fulani should not be blamed for the rate of insecurity in the country.

According to Saleh, Obasanjo should offer any information his status may have afforded him to solve the security crisis. He said, “The fact that there is insecurity, I don’t think the Fulani are responsible for it. The narrative that we are responsible for the insecurity is even the problem we have with the Nigerian state.

“When any crime happens, even before there is an investigation, people rush to the press and start accusing Fulani herdsmen. Herdsmen are supposed to be carrying herds of cows but if somebody is a criminal or an armed robber, he should be treated as such.

“But if Obasanjo, in particular, having ruled this country for so many years and with his network of security contacts, both locally and internationally, has information, I think he can volunteer it.”