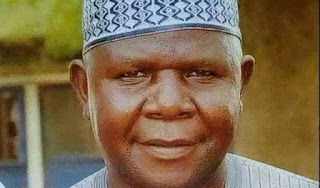 Gunmen have abducted the Permanent Secretary of the Adamawa State Ministry of Mineral Resources, Emmanuel Piridimso.

According to family sources, Piridimso was abducted at his residence in the state capital, Yola, in the early hours of today Wednesday July 10th. The gunmen stormed the residence of the permanent secretary at Clark’s Quarters in Jimeta, about 3:20 am and took him away.

“The gunmen came bearing two guns and abducted the Permanent Secretary at gunpoint. They carted away his handset and that of his wife. We have tried to no avail to contact the Permanent Secretary through his phone number, and the abductors refused to pick our calls. As at the time we are speaking, the abductors were yet to contact us,” a family member, Francis Samuel, said

Confirming the abduction, the state police command spokesperson, Suleiman Yahaya,  said the police has already deployed the Inspector General of Police, Adamu Mohammed's rapid response team to track and arrest the culprits and to also rescue the victim.