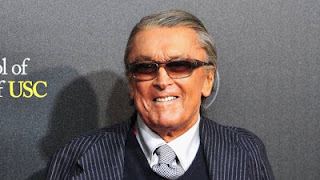 Robert Evans, whose charisma rivaled some of the actors who appeared in the hit films he produced, died Saturday, according to his publicist Monique Evans.

He was 89. As a studio head, Evans helped resurrect Paramount Pictures in the 1960s by bringing such projects as "Chinatown," "The Godfather" and "Rosemary's Baby" to the big screen.

Evans seemed to epitomize Hollywood excesses with his seven marriages, outspoken nature and freewheeling lifestyle that he documented in his 1994 memoir, "The Kid Stays in the Picture." (The book was later developed into a 2002 documentary film.)