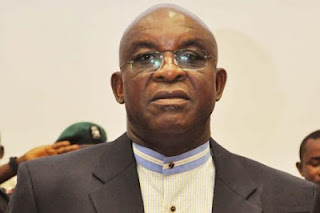 The residence of a former Senate President, David Mark, in Otukpo town, Benue State has been gutted by fire. Witnesses said the fire spread from a nearby bush bordering the fence of the ex-senate president’s residence and bunt down two ambulance vehicles as well as over 15 motor cycles parked in the premises.

It was gathered that domestic workers at the residence made frantic efforts to put out the fire without much success before the arrival of the State Fire Service in Otukpo. One of the domestic workers, who preferred anonymity, said, “we made every effort to quench the fire but the more we tried the more it continued to spread. “It was when we noticed that we could not stop it from engulfing the guest house that we called in the Fire Service.”