I killed my girlfriend because she got pregnant – suspect 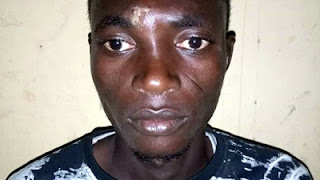 Jigawa State Police Command has paraded a 29-year-old Mustapha Idris, from Ringim Local Government Area of the state, who was arrested for killing his 20-year-old girlfriend, Nafisa Hashimu, who was three months pregnant for him.

According to Audu Jinjiri, the state police command spokesperson, Mustapha, and Hashimu, a divorcee, were live-in lovers at Daneji village in the state. The deceased recently found out she was three-months pregnant and informed him in excitement.

Idris, however, got angry and stabbed her to death. Her body was found in a bush at the outskirts of Daneji village about 22 kilometres from Ringim town.