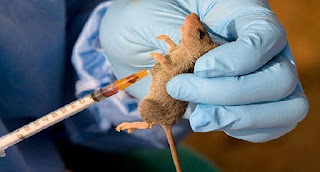 The Lagos State Commissioner for Health, Prof. Akin Abayomi, has said the state has placed 63 persons under surveillance following the confirmation of an index case being isolated at the Lagos University Teaching Hospital, Idi-Araba.

Abayomi made this disclosure at a press briefing on Wednesday, calling on the public not to panic.
Abayomi said, “We have identified 63 of the persons he (Lassa fever patient) may have been in contact with  him since he arrived in  Lagos from Ebonyi State. “His destination was the Lagos Law School where he was quickly attended to at the clinic but was not getting well after being treated for malaria.

“He was then referred to the Nigeria Air Force clinic, Onikan, where he was managed further and was referred to LUTH when there was no improvement.” “The test was confirmed as positive on February 17 and was immediately transferred to the isolation containment facility in LUTH.”