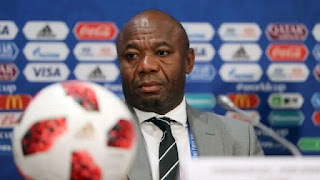 Former Super Eagles forward, Emmanuel Amuneke has been announced as the coach of Egyptian Premier League side, El Makasa following the sacking of Ahmed Hossam Mido.

The announcement comes days after Ahmed Hossam Mido was sacked by the club following a poor run of results.

Amuneke has been out of management since July 2019 when he was dismissed by Tanzania after leading the country to its maiden AFCON appearance. The former Nigerian International is familiar with the football in North Africa, having featured for five-times Caf Champions League winners, Zamalek during his playing days.
SPORT NEWS