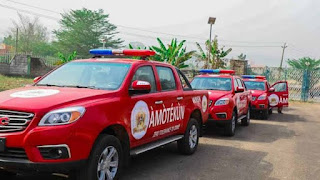 Ogun State Government has approved a bill for the establishment of State Security Network Agency otherwise known as ‘Amotekun Corp Bill of 2020.’

The approval was given at the weekly State Executive Council meeting, for onward transmission of the bill to the State House of Assembly. Briefing newsmen at the end of the meeting, the State Commissioner for Justice and Attorney General, Adegbolahan Adeniran said the presentation of the bill before the state council followed the earlier approval by the Attorney Generals and Commissioners for Justice of the six Southwest states. Adeniran assured that the State Amotekun Corp will be headed by a State Commandant adding that the bill also allows for collaborative efforts between the six Southwest states.