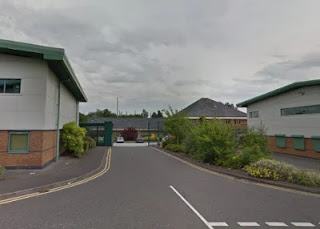 Three police officers have been ordered to self-quarantine after a woman fell ill in custody with suspected coronavirus. The woman, a Chinese national, was arrested in Burton yesterday and taken to Northern Area Custody in Stoke-on-Trent.

Those who dealt with her at the facility have been sent home after she fell ill this morning. A Staffordshire Police spokesman said: 'Three members of Staffordshire Police are staying at home as a precautionary measure after reports that a woman who had been detained in custody was unwell. 'The woman, who is a non-UK national, was arrested in Burton and taken to Northern Area Custody in Stoke-on-Trent.

'Tests have taken place but health officials believe it is 'highly unlikely' the woman has Covid-19 (coronavirus). 'The results of the tests will be known later this week and in the meantime the two police constables and a PCSO are staying at home as a precautionary measure in accordance with NHS guidelines.'