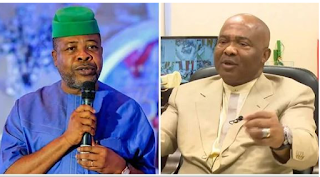 Sacked Governor of Imo State and his party, the Peoples Democratic Party (PDP) have again asked the Supreme Court for an adjournment to a later date for the hearing of their application for a review of the court’ judgment sacking Ihedioha.

When the case was called on Monday, their lawyer, Kanu Agabi (SAN) said the 1st and 2nd respondents – Hope Uzodinma and his party, the All Progressives Congress (APC) – just served them some documents before the court sat.

Agabi prayed the court for time to enable him respond. He suggested that the court allow them to return on Tuesday for hearing. Lawyer to Uzodinma and the APC, Damian Dodo (SAN) admitted serving Agabi a moment before the court sat. Dodo said Agabi served some documents on his office on Friday, and that Monday morning was the earliest time he could serve his response on him (Agabi)
POLITICS