EFCC secures forfeiture of $300,000 belonging to a Chinese 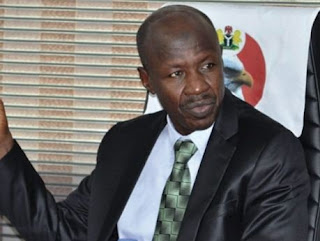 Economic and Financial Crimes Commission (EFCC) has secured the final forfeiture of $300,000, belonging to a Chinese, Li Yan Pin, to the Federal Government of Nigeria. The forfeiture order was granted by Justice Babatunde Quadri of the Federal High Court, Abuja.
But the judge spared him a jail term because he allegedly had symptoms of COVID-19. A statement by the Head of Media and Publicity of EFCC, Mr. Dele Oyewale said the Chinese was tried for money laundering.
The statement said: “The judge had earlier ordered the interim forfeiture of the money following an ex-parte application filed by the Economic and Financial Crimes Commission, EFCC.
“Yan Pin stood trial for a money laundering charge, leveled against him by the EFCC over the said sum after intelligence led to his arrest at the Nnamdi Azikiwe International Airport, Abuja, for failing to declare the sum in his possession, as he attempted to board a flight to China en-route Dubai.
THE NATION
LOCAL NEWS