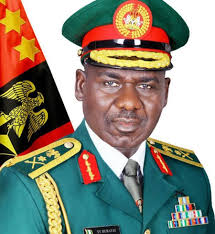 The Guards Brigade of the Nigerian Army has begun sting operation in the Federal Capital Territory to stop violent protests by the members of the Islamic Movement of Nigeria, also known as the Shiites.

Punch correspondent learnt that the operation, which would involve going after the perceived sponsors of the protests, would also look into how the protesters got their weapons and how many weapons were still in their possession.

The Shiites’ protests had turned bloody during the week, leading to two policemen sustaining serious injuries and many vehicles burnt, particularly within the National Assembly premises. Sources at the Guards Brigade told a Punch correspondent on Friday the army would not fold its arms and allow the Shiites overrun the FCT, adding that it was careful in applying “lethal force” on the protesters in the face of allegations of human right abuses.

A top army source said, “We know what to do. We have a sting operation in place and we are putting measures on the ground to contain the protests. “The military has deployed in strategic areas and we are monitoring how the protesters got their weapons.”

The Guards Brigade Commander, Brig.-Gen Umar Musa, had said last Sunday it had developed strategies to checkmate protests by the Shi’ites, noting that such outings were also worrisome to residents of the Federal Capital Territory, Abuja. Musa added that the frequent activities of the Shiites were bringing discomfort to the FCT and must be adequately tackled.

He had spoken in Keffi, Nasarawa State, at the 177 Guards Battalion. “The incessant protests by the Islamic Movement of Nigeria are becoming worrisome to Abuja residents; but the brigade and the Nigeria Police Force have put more strategies in place to avoid any protest from escalating into violence,” he had said.