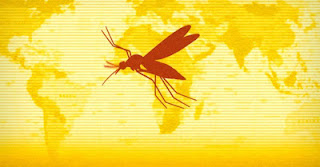 An outbreak of Yellow fever in Matazu Local Government Area of Katsina State has claimed 115 lives. Though locals say so far 115 people have died from the disease, government insists that only 18 died in the three weeks that the disease broke out in the area,  Daily Trust reports.

A former councillor of Kogari Ward, Malam Sule Ibrahim, said the disease first hit Kogari ward before moving to Unguwar- Sarka community.  He said, ‘‘in the past three weeks, we have recorded over 115 deaths’’.

However, when contacted, the Executive Secretary of the state Primary Health Care Development agency, Dr Shamsu Ahmad said, “it is a suspected case of Yellow fever, and based on our line list and documentation, 45 people fell ill, and 18 deaths were recorded.