JAMB hands over 180 candidates to police 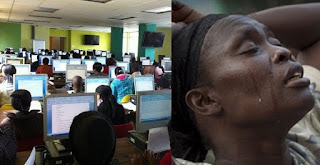 The Joint Admissions and Matriculation Board (JAMB) has handed over 180 candidates in the just concluded Unified Tertiary Matriculations Examination (UTME) to the police for prosecution over alleged involvement in examination malpractices.

It said 70 per cent of the candidates have been arraigned, while others are undergoing investigation. JAMB’s Head of Media and Information, Dr. Fabian Benjamin, disclosed this yesterday in an interview in Abuja. He said the candidates were arrested across the country during the conduct of the examination that ended last Saturday.

The board had on Sunday published the names and states of some of the candidates fingered in examination malpractices in its weekly bulletin, with Imo, Anambra and Enugu states topping the list with 26, 12 and 12 candidates. Some of their offences included: examination by proxy, attempt to cheat, forceful entrance, tampering with examination documents, smuggling of phones into the examination halls, among others.